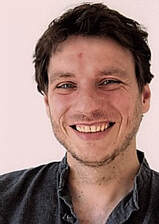 Born in Witten an der Ruhr. Studied education at the FU Berlin. Followed by studies in directing at the Filmarche Berlin.
Awarded the prize for the best film by a filmschool at the Open Eyes Festival and the Made-in-Germany Award at the LSF Hamburg for the film "Communicator", among others. Currently, his short film "Tilt" is on a worldwide festival tour and was awarded the jury's honourable mention at the main prize of the Landshut Short Film Festival. He is currently developing two feature films. 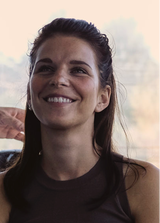 Born in Herdecke. Studied film production at the FH Dortmund.
After her film studies, she stayed in North Rhine-Westphalia and produced several short films and worked mainly as a production manager, among others on the Grimme Award-winning series "Wishlist" (Outside the Club for FUNK/Radio Bremen) and the feature film "Plünderich" (Tikoma/WDR). Since summer 2022 she has been accompanying the feature "Tilt" directed by Björn Schürmann. 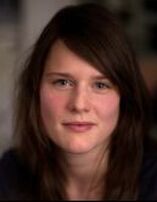 Born in Ennepetal. Studied directing at the Vienna Film Academy (Prof. Michael Haneke/Peter Pazak).
As part of her studies, acting lessons with Susan Batson, as well as seminars on role and voice design at the Max Reinhardt Seminar in Vienna.  Her bachelor's degree film "Tuppern" was nominated for the FIRST STEPS Award, among others. Since 2002 she has worked as a director's and casting assistant for production companies and casting directors in Vienna and Berlin.

Born in Eutin. Studied acting at the Michael Tschechov Studio in Berlin. She completed her studies in Camera Acting at the iSFF Berlin. After engagements in film and television and in independent theatre projects, she was a permanent ensemble member of the Westfälisches Landestheater in 2016-2018. Awarded the Mixed-Up Prize 2014 at the Chekh-OFF Players Berlin.
Since 2016 acting coaching and stage directing. She is currently studying screenwriting at the DFFB in Berlin.